THE BEST OF THE BAY STREET CABARET

Act 1 will consist of songs our performers have sung in previous shows.

Act 2 will consist of songs our performers are “stealing” from other singers.

Being a local to Savannah, Travis Cheek began his musical theater career at a young age, enrolling in Savannah Arts Academy and majoring in Vocal Performance. There, he starred in hit shows such as The Laramie Project, Bring it On!, and Chicago. During this time, Travis performed across the country in cities like Atlanta, Orlando and New York City. Now, years later, as a full time employee of ClubOne Jefferson, Travis has made a return to world of Musical Theatre at the Bay Street Cabaret and is excited to see what future holds. 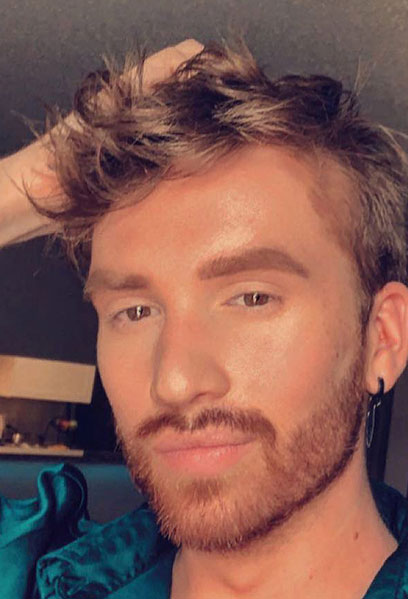 Travis Coles is thrilled to be making his Bay Street Cabaret on-stage debut! Travis has been involved in theatre in Savannah for over 13 years. As Executive Producer of the Bay Street Theatre, Travis has been involved with some of Savannah’s most exciting community theatre productions, such as Cabaret, Chicago, Avenue Q, Sweeney Todd, Rocky Horror, and many more. Travis is also a member of the Collective Face Theatre Ensemble, performing in Gatsby, Calendar Girls, Big Love, and Jesus Christ Superstar, among others. When not managing Club One or serving on the Savannah-Chatham Metropolitan Planning Commission, Travis enjoys helping people buy or sell property as an agent with Keller Williams Realty. In his free time Coles enjoys sleeping. Enjoy the show! 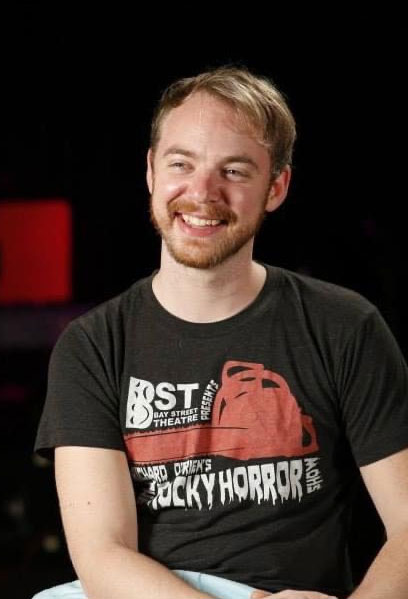 Hannah Dodson is currently a junior at Georgia Southern working towards her BA in Theatre! Some of her recent acting credits include The Laramie Project (GSU), The Curious Incident of the Dog in the Night-Time (Collective Face), and Janet and Columbia in The Rocky Horror Show (Bay Street Theatre) as well as numerous Bay Street Cabaret shows! She recently made her directorial debut with Time Flies at GSU! 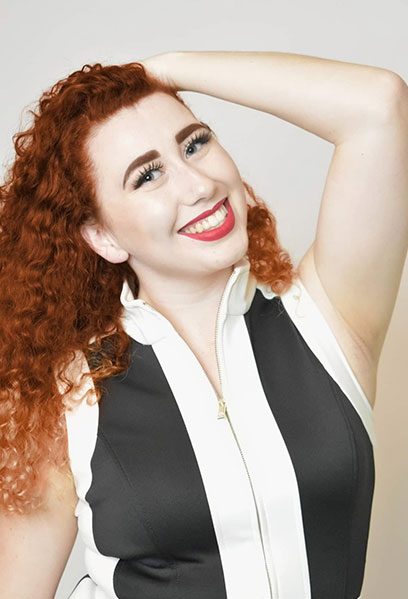 Cami Nicole Hall was raised in rural Indiana and has been performing since she was born (just ask her mom). She grew up singing around the world with the prestigious Logansport Children’s Choir. Her first role in a musical was as a flying monkey in The Wizard of Oz, but some of her favorite roles to portray include The Cat in the Hat in Seussical and Marty in Grease. This Hoosier has been in the peach state for 12 years: paralegal at Morgan & Morgan by day, sound engineer at the Bay Street Theatre by night. When Cami isn’t on stage, you can find her watching wild birds with her wife and taking too many pictures of her dogs. 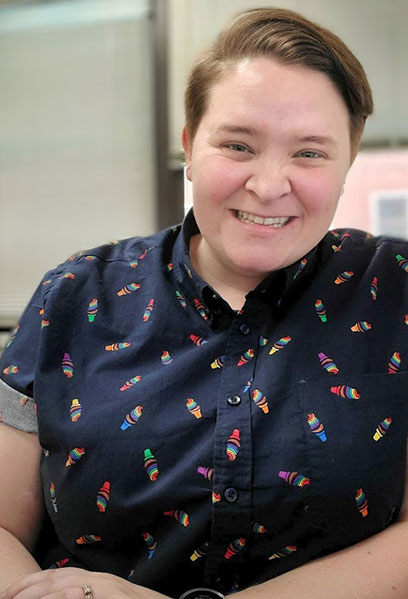 Justin has been in Savannah for 20+ years, and lives here with his beautiful wife, Valerie, and wonderful son, Logan! He is the co-founder of Odd Lot Improv, which has been performing in Savannah for over a decade. His most recent and favorite stage role was Don Quixote in Man Of La Mancha at the Asbury Theater. He can also be seen in all Tenacious Theatrics Productions online at tenacioustheatrics.com. He also has regular pictures of him drinking coffee on his instagram: @grandmoffjustin 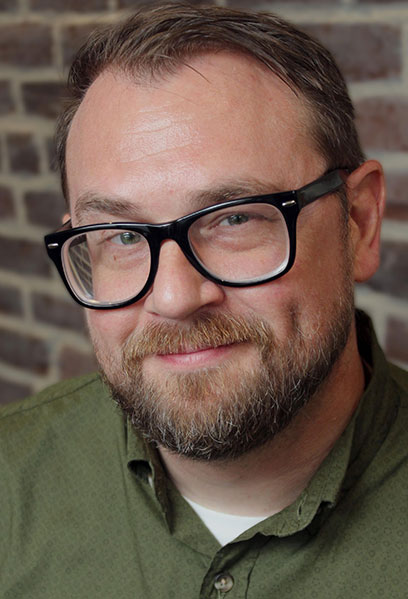 Gwen Leahy is thrilled to be a part of another show with the Bay Street Cabaret! They have been working with The Bay Street Theatre for 5 years, The Club One Cabaret as stage manager for 2 years, and The Bay Cabaret since its inception; basically, if it happens on the Club One mainstage, they are there! Gwen hopes you enjoy the show! 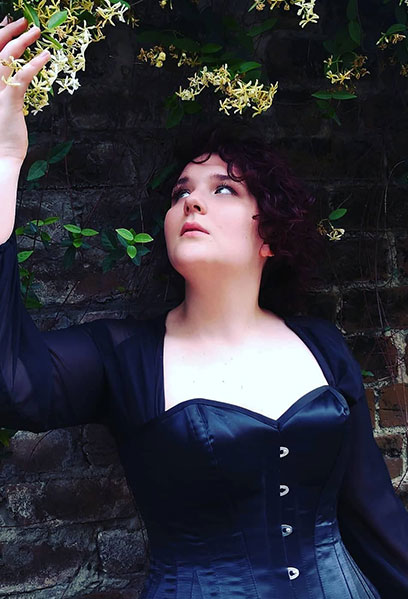 Baltimore-raised, Taylor has sung across the east coast – stretching from Boston to Savannah. While studying opera under great sopranos Dr. Tamara Tucker and Mary Anne Barcellona in Annapolis, Taylor always found a home in Broadway. Some of her favorite roles are Maureen in Rent, Susan in Tick, Tick…BOOM! and Janet Weiss in The Rocky Horror Show. Taylor has been teaching voice and piano for 8+ years and can be seen as a featured soloist in I Cantori, and a member of the Savannah Sacred Quartet, as well as a staff singer at St. Peter’s Episcopal Church. She currently attends Georgia Southern University for Music Education, and deeply loves her beautiful company at home with her 30+ house plants, 5 pets, and dynamite wife, Mandee. 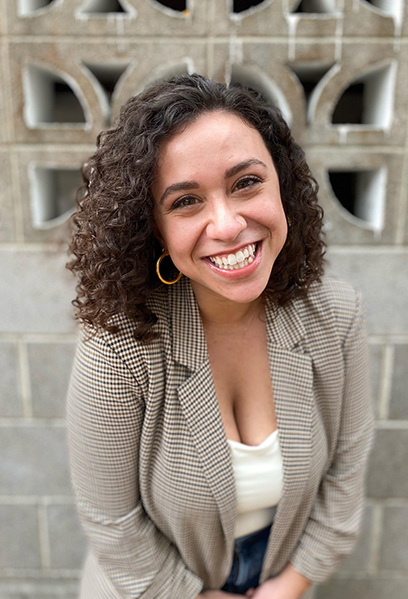 Trey Norris is honored to be a part of the Bay Street Cabaret. A native to Savannah, Trey is an active member of The Bay Street Theatre, Collective Face Theatre Ensemble, and is the assistant General Manager at Club One Jefferson. His passion for music and stage gave birth to a drag character known to downtown Savannah as “Treyla Trash,” and is often seen at the Club One Cabaret on Thursday or Sunday evenings. You may have seen him as Frank-N-Furter in The Rocky Horror Show, Christopher Boone in Curious Incident of the Dog in the Night, or Guilliano in Big Love. Trey’s passions include classical music, reading, and the art of female impersonation. 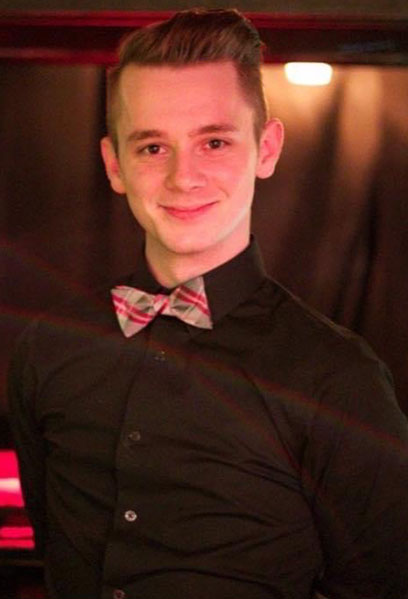 A graduate of SCAD (BFA – Media and Performing Arts, 2005), Christopher Stanley has been involved in Savannah’s local theatre community since returning to the city in 2009, working with companies like The Bay Street Theatre and The Collective Face Theatre Ensemble. Notable performances include Roger in Rent (2012), Nicky in Avenue Q (2012), Mendel in Falsettos (2013), and Claude in Hair (2019). Chris has also directed shows like An Adult Evening of Shel Silverstein (2011), Hedwig & The Angry Inch (2013), and The Last Five Years (2015, co-director with Jinhi Soucy Rand) and records and performs original music under the name Topher Cronin. 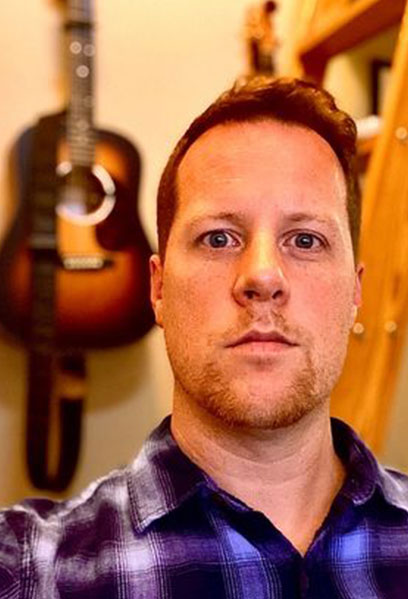 Dani Vazquez is thrilled to be joining the Bay Street Cabaret! She is a Miami native and a fashion lover, with a B.F.A in Music Theatre from New World School of the Arts. Her most recent roles have been Veronica in Heathers and Leading Player in Pippin, and she wrote and starred in her own One Person Show Grinchette. She owns her own live singing party princess company, and is loving living in Savannah! Shout out to her puppy Milo and partner Cassius. 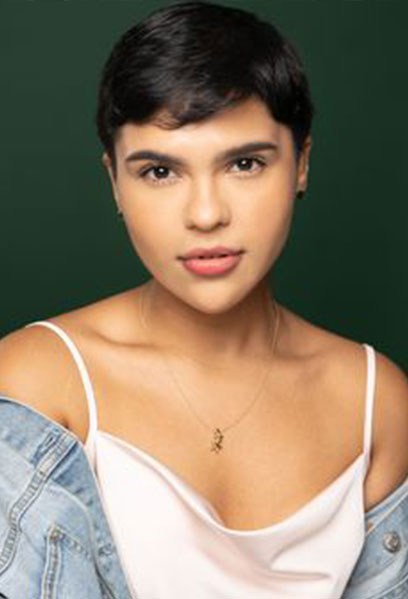 Rick Garman grew up in Iowa but moved to Los Angeles as soon as he was old enough to be sure that his parents couldn’t send a sheriff to bring him back. He studied theater at the American Academy of Dramatic Arts and made his writing debut with a stage production 17 Days which was produced in Los Angeles and in small theaters around the country.  His second play Mountains won the GLAAD Media Award for Outstanding Los Angeles Theater Production.  Rick has published several novels including three volumes of the Savannah-set Interitas series and has written or produced more than two dozen movies for the Hallmark Channel and other networks including A Shoe Addict’s Christmas starring Candace Cameron Bure, Luke Macfarlane, and Jean Smart; Valentine in the Vineyard starring Rachael Leigh Cook and Brendan Penny; and Christmas at Pemberley Manor starring Jessica Lowndes and Michael Rady. He currently resides in Savannah and is thrilled to be producing the Bay Street Cabaret. 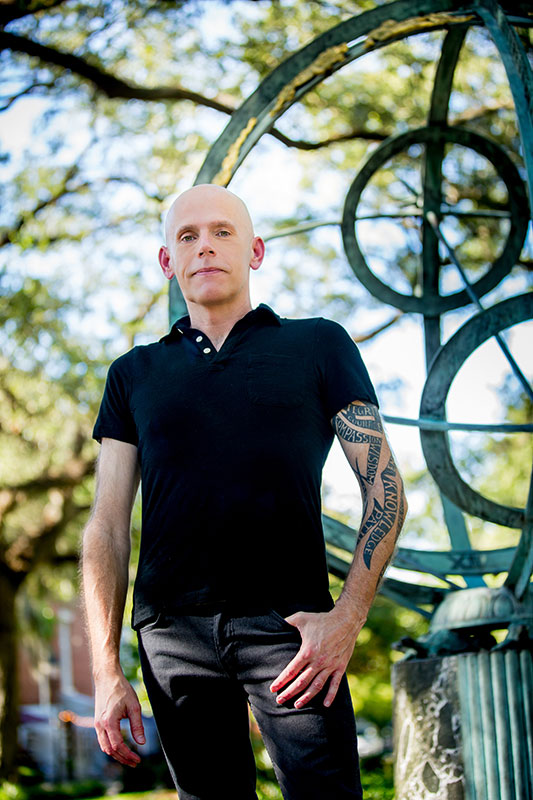 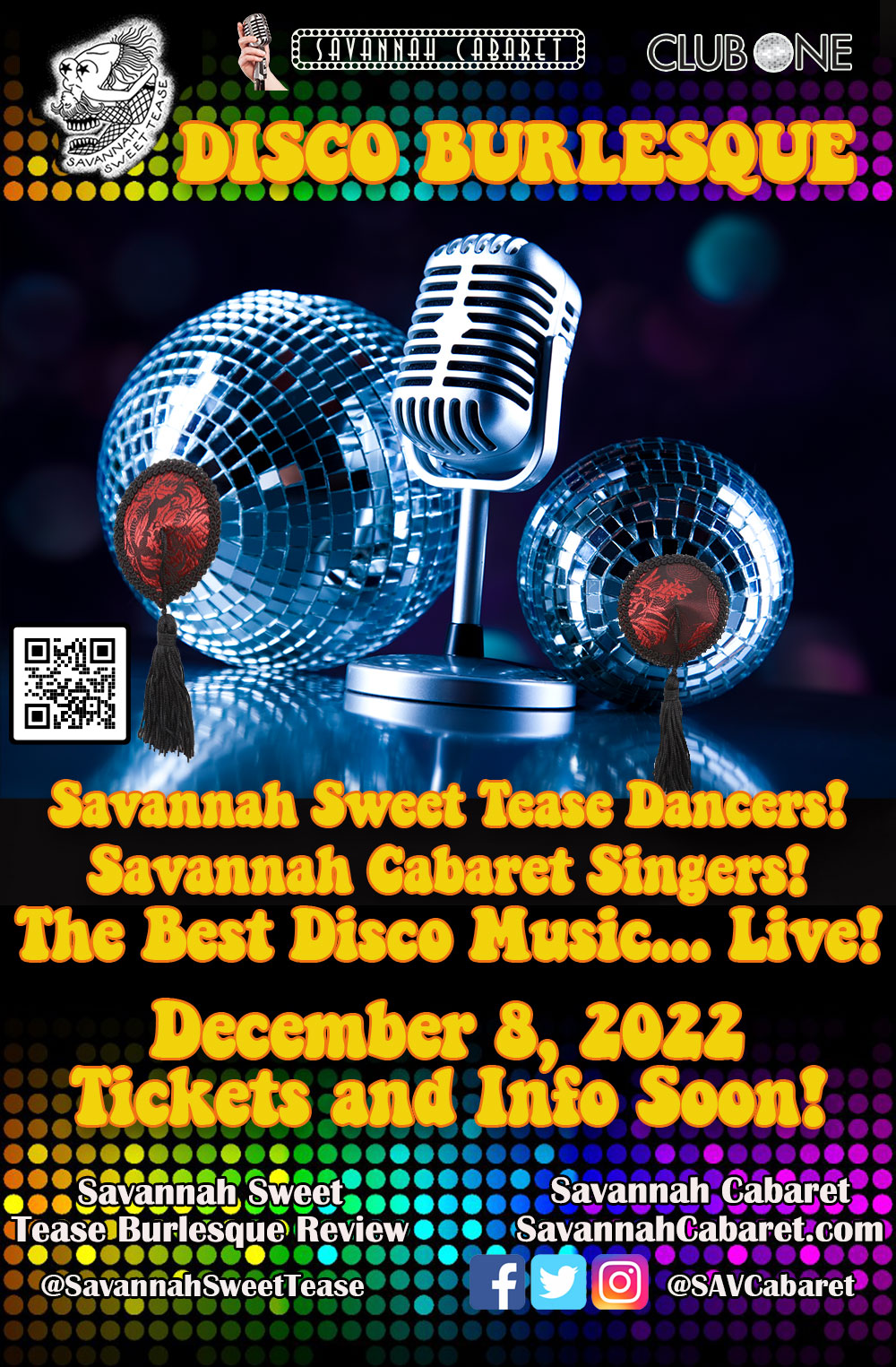 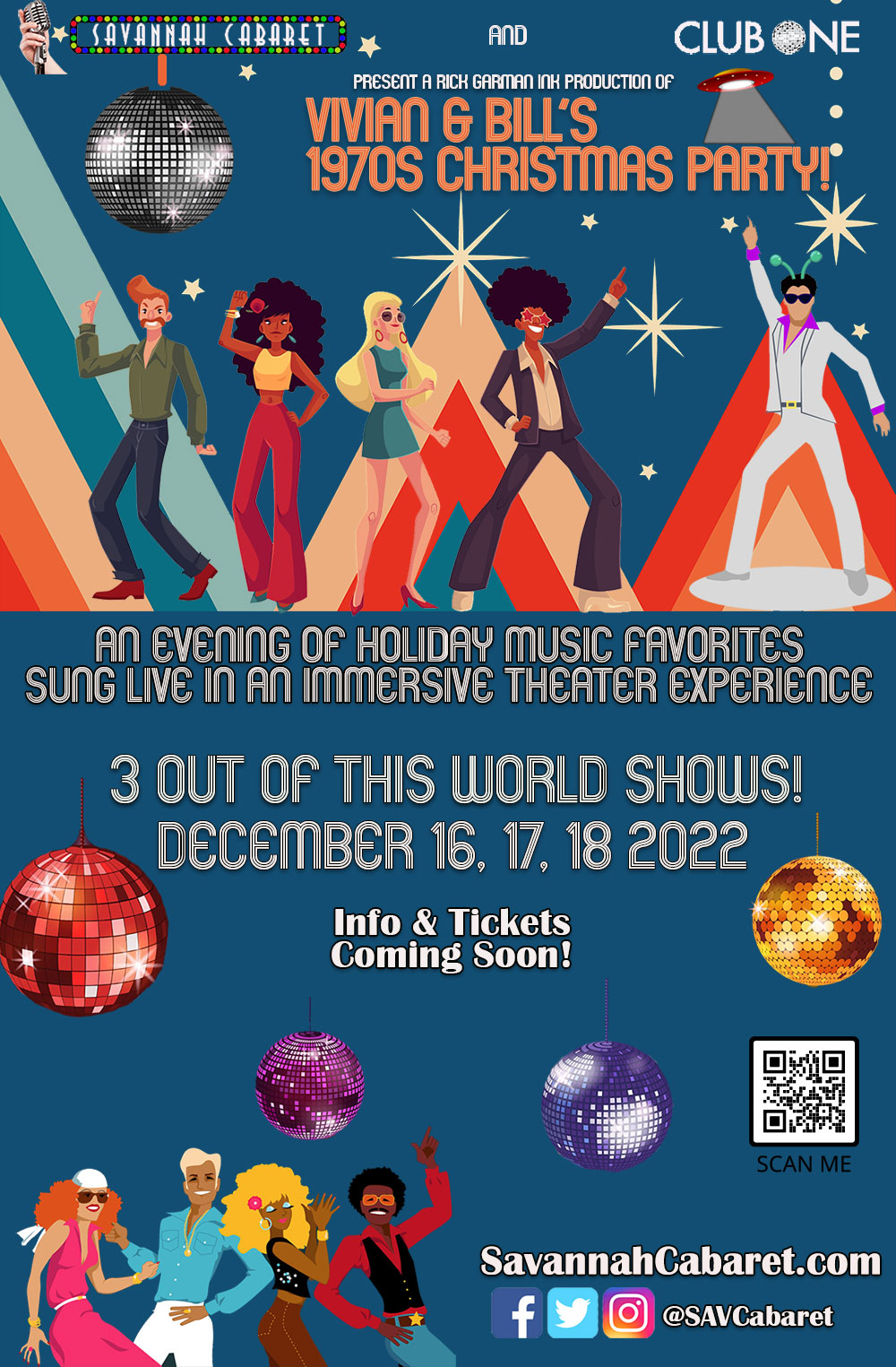